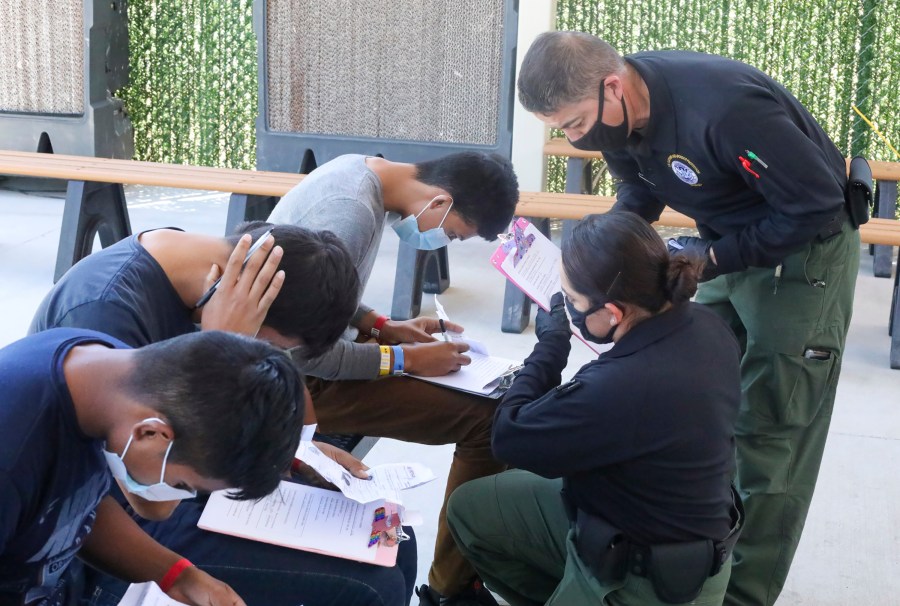 It’s one of the top interim charges the committee faces ahead of the 88th Legislative Session, starting in January 2023.

“As an educator, I can tell you, when a student arrives at my class, I’m here to teach them, period,” she said. “Instead of thinking of ways to vilify students, and to villainize teachers, I think that The legislature should be really focusing on things that they could do to help improve the situation. “

At the hearing Tuesday, a Williamson County resident testified the influx of migrants is overburdening Texas schools and negatively impacting students.

“The influx of immigrants is affecting third-plus generation students by increasing pressure on the education system to accommodate a larger population of students with diverse needs,” she told lawmakers.

Last spring, Texas Attorney General Ken Paxton issued a statement that included an estimate of the financial impact of educating these migrants.

“Texans pay between $ 31 million and $ 63 million to educate unaccompanied alien children each year,” it reads.

But, the state does not have a way of tracking migrants in schools, since the school districts legally cannot ask for proof of legal status.

“Since we are prohibited from actually knowing the number of kids, we don’t have an actual number,” the Texas Education Agency’s general counsel, Von Byer, said Tuesday, explaining the Plyer v. Doe Supreme Court decision.

“For children that are held in federal custody, while they’re actually in custody, you have Texas statutes that require those kids to pay tuition if they use facilities in Texas or a public school. But once they’re released from federal custody, Then they would qualify for residency, and could enroll and receive funding, “Byer explained.

For context on Paxton’s estimate, last year, state lawmakers approved the state’s budget with nearly $ 46.5 billion dedicated to public education for the next biennium.

“Do you agree that when we talk about financial impact, one of the charges of this committee should also be [to] look more broadly about not only negative but also positive, if we think about workforce development, currently, in this moment, in time and in the future? “she asked Dr. Ricardo Lopez, superintendent of Garland ISD.

“I think you brilliantly nailed it, because it is about workforce development in the end. When we look at schools, it’s about when our kids can develop into young, productive citizens that are in our workforce,” he replied.

Lawmakers will continue these interim hearings to prepare for draft legislation next spring.