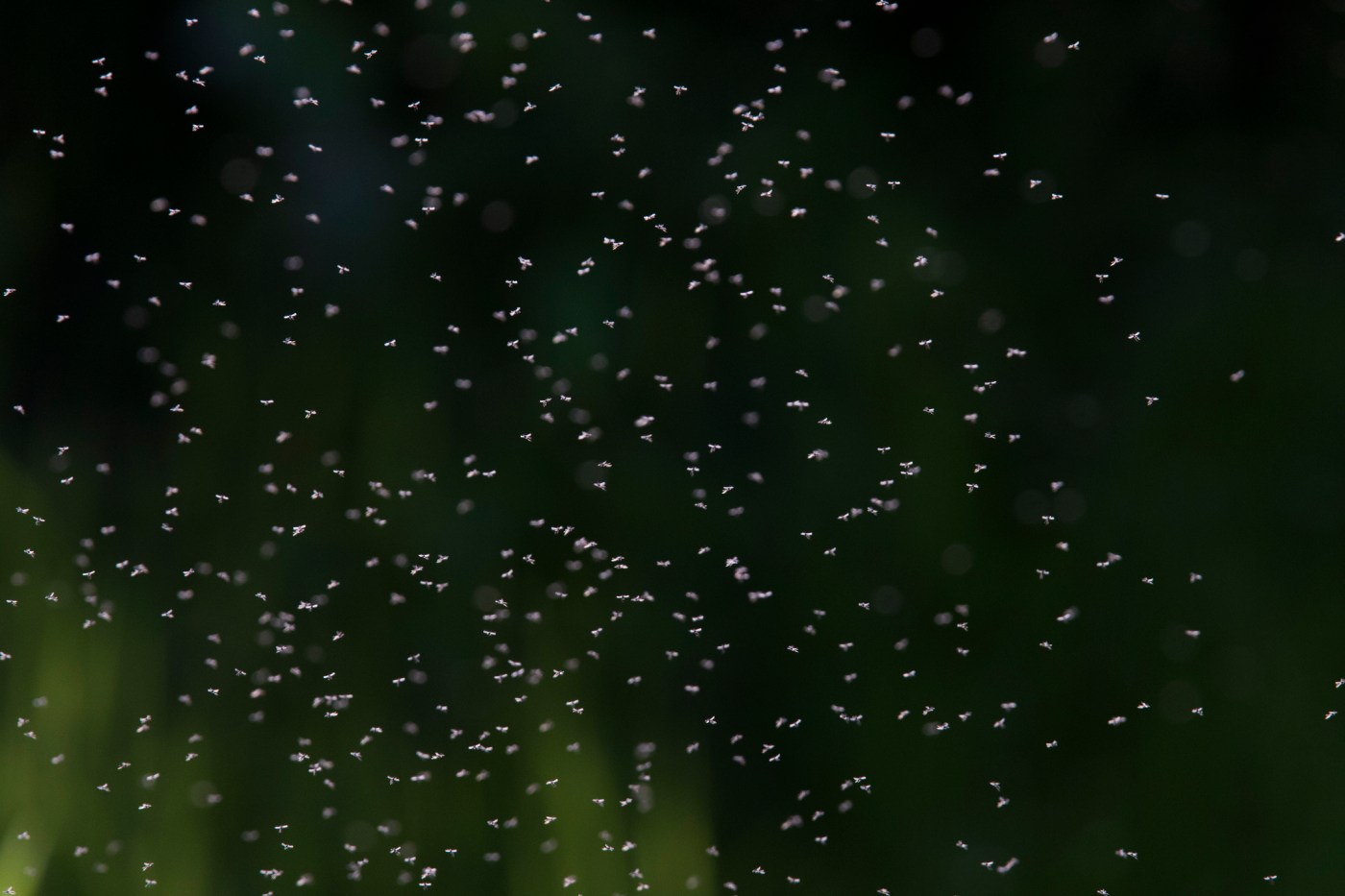 DEAR JOAN: We have these flies – for lack of knowledge, we’re unsure what kind – that fly in small swarms at about face level in different parts of our yard.

We have dogs and chickens, yet they seem to have no interest in what they have to offer. We have even put out fly attractant, which seem to attract other flies except them.

Can you tell me what they are and how best to make them disappear? They don’t seem to be a nuisance, like landing on you, yet they are there.

DEAR GARY: I went to an expert on this one – Steve Schutz, scientific program manager with the Contra Costa Mosquito and Vector Control District.

He says if you live near water, they could be midges. Otherwise, they are likely fungus gnats.

There are many types of midges, including biting and blood-sucking ones. It would appear that if you have midges, they are the non-biting ones and are merely the annoying type. Midges are common in every part of the land, so resistance is futile. If you find them on plants, you can try a horticultural oil spray to smother them, but otherwise, there is no useful tool against them.

Fungus gnats are basically harmless to humans and plants, although they can cause some damage to seedlings. They could be trying to tell you that you’re overwatering. The gnats are attracted to the fungus that grows in wet conditions.

The reason for the swarming is that they are looking for love. The males hover around in a group, Schutz says, and compete to catch passing females, not unlike the scene at a bar on singles’ night. The boys also pick a landmark where the elite go to meet, usually above a tree or bush, or a clearing in the trees.

They will eventually go away, but in the meantime, avert your eyes.

For more wildlife, garden and backyard topics, sign up for our new, free Flora + Fauna newsletter.

DEAR JOAN: We had baby chickadees this year, as we have for many years, in a bird house. Many years ago I noticed something was making the hole larger, so I glued a piece of wood over the bottom of the hole. That worked for many years.

This year, in just one day, we noticed something chewed the hole larger, side to side, and now all the babies are gone. Do you have any idea what it was? A rat? The jays were very interested when they heard the babies. Could they do that?

DEAR CARL: I’m hoping the reason the babies disappeared was because they were old enough to fledge – leave the nest on their own. Chickadees fledge when they are 3 weeks old.

If they weren’t old enough to fledge, then the animal that got them might not be the same animal that made the hole wider.

The two usual suspects in cases where the entrance hole has been enlarged are squirrels and woodpeckers. Both make modifications because they’re interested in using the nesting box themselves.

I’d recommend either getting a new box or replacing the front. The entrance hole should be 1 1/8-inches across. This will allow the chickadees entry, but keep out larger intruders.

Have a question for Joan?

Use this form to submit questions. Photos should be mailed separately to jmorris@bayareanewsgroup.com.