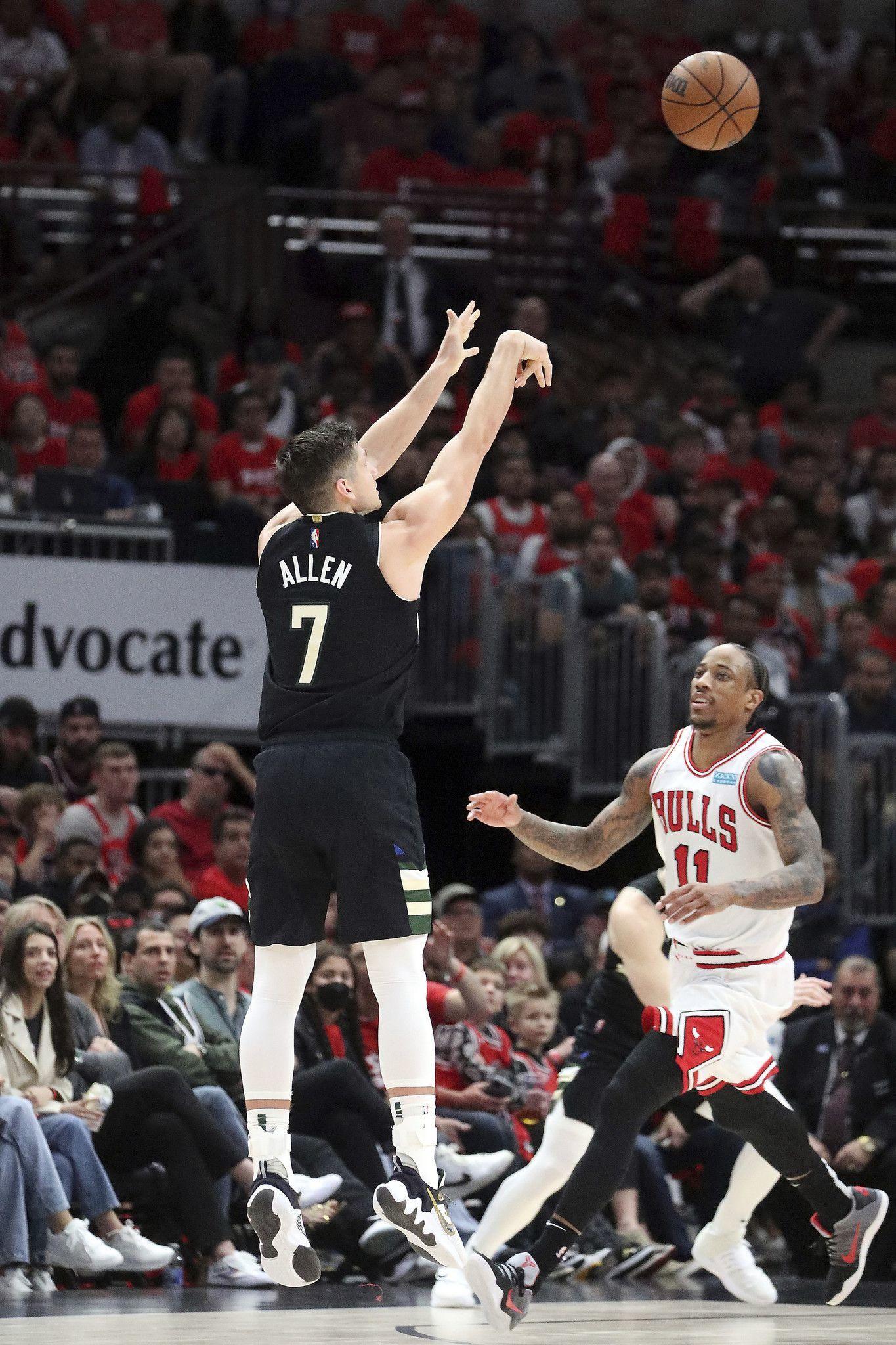 The Chicago Bulls have never come back from a 3-1 deficit to win a best-of-seven playoff series, so the odds of them taking the next three games from the Milwaukee Bucks were already slim before Zach LaVine entered health and safety protocols for COVID-19 on Tuesday.

After a glint of optimism emerged following the Bulls’ Game 2 win in Milwaukee, we now return to our regularly scheduled pessimism already in progress. No one believed the Bulls had a chance before the series began, and after back-to-back blowout losses at home and with LaVine’s uncertain health status, no one believes it now.

But the schedule says the game must go on if the Bucks plan on moving into the second round. And if you’ve followed the story from training camp on, you owe it to yourself to tune in one more time for what’s expected to be the Bulls’ final run.

The Bucks are clearly a superior defensive team, denying the Bulls inside and forcing them to try to beat them from the perimeter. Without Lonzo Ball in the lineup, it’s a strategy that works well for Bulls opponents.

But the Bulls have also been their own worst enemy, missing open jumpers and getting little production from the bench. Of the 16 playoff teams, the Bulls ranked last through Monday in points per game (94) and field-goal percentage (39.8%) and were second-to-last in 3-point shooting (28%).

They were also at the bottom in free-throw attempts per game (15.3) – nearly five fewer than the 15th-ranked Toronto Raptors (20.2) – more evidence of their inability to go downhill against the more physical Bucks defenders.

“From Game 3 to Game 4, just defending some good habits as a team and keeping everybody accountable,” Bucks star Giannis Antetokounmpo said. “People were taking individual pride keeping guys in front of them, having that mentality. … It’s a very, very good habit.

If LaVine isn’t available for Game 5, the onus will be on DeMar DeRozan to carry the Bulls on his back again. He has done it before, but expecting him to keep doing it again and again in the playoffs is asking a lot, especially with a top defender in Jrue Holiday keeping him from getting to his preferred spots.

There is also some luck involved. At the end of another dispiriting first half Sunday with the Bulls down by 15, DeRozan threw up a 3-pointer from the right corner that looked dead on. But the ball rimmed out as the United Center crowd groaned in unison, and the Bulls never got closer than eight in the second half.

DeRozan said Tuesday he trusts his teammates to do whatever it takes, adding: “It’s on me using their aggressiveness – however they attack me, take the ball out of my hand (or) whatever it may be – just getting my teammates more involved and figuring out and picking and choosing my spots. “

The Bucks have taken it upon themselves to contain DeRozan and LaVine, whose scoring was also down from 24.4 points per game during the season to 19.3 through Game 4. If he’s unavailable Wednesday, Nikola Vučević will be expected to increase his scoring load. Vučević has averaged 19.5 points in the series, up from 17.6 in the regular season, despite a drop-off in shooting from 47.3% to 42.1%.

Rest assured the Bucks won’t take Game 5 for granted, even if starting guards LaVine and Alex Caruso, who remained in concussion protocol Tuesday, are both unavailable.

“They have great players over there,” Holiday said. “It’s hard to play one-on-one. They have some great scorers. So we’re just looking to see multiple people (defend) and for our defense to swarm and play with the same intensity that we did these last two games. “

Bulls coach Billy Donovan put a lot on the plate of his five starters in the first two games at the expense of Javonte Green, Coby White and Ayo Dosunmu, three players whose contributions in the regular season helped keep the team afloat during injuries and COVID- related absences. It made sense to give more playing time to his best players, and it worked in Game 2.

White’s late-season shooting slump has continued, as he has converted only 31% (9 of 29) of his field-goal attempts and 4 of 16 3-pointers.

But if LaVine and Caruso can’t go, those three reserves as well as Derrick Jones Jr. will be called upon to step up as they did on many occasions during the regular season. Dosunmu hit back-to-back 3s in the third quarter Sunday to briefly give the Bulls hope they could pull off a miracle from 22 points down before Antetokounmpo muscled inside and Grayson Allen sank another 3.

The Bucks cruised from there, looking like the defending champions once again. Allen was a nonfactor in the first two games before shooting lights out in 22- and 27-point performances in Games 3 and 4.

“The first two games of the series, zero and (three) points,” Allen said. “That’s OK. I still know I can do it. I was able to get the opportunity the last two games and did it. Just a constant reminder: Don’t let that bad voice take over. “

That’s a lesson the Bulls reserves should heed in Game 5. What happened before Wednesday is meaningless, and every new day is an opportunity to shine.

For them, the season starts now.