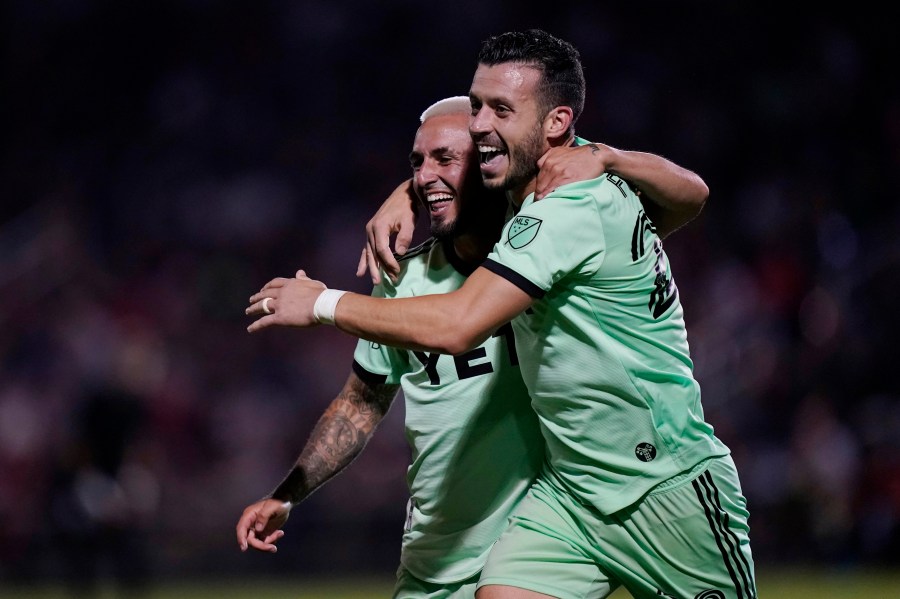 AUSTIN (KXAN) – Momentum can vanish in one match. Austin FC saw all of its efforts spoiled Wednesday night, losing its Lamar Hunt US Open Cup debut to the United Soccer League’s San Antonio FC after pouring in 120 minutes of work.

Austin and San Antonio went to extra extra time before San Antonio scored the game-winning goal for a 2-1 victory. However, there’s no time for the Verde and Black to feel sorry for themselves.

How to find The CW Austin to watch Austin FC

Austin FC can keep its torrid start to the MLS season alive and flush out the poor taste of Wednesday with a home match against Vancouver Saturday night. Kickoff is set at Q2 Stadium for 7:30 pm on The CW Austin. The Austin FC pregame show begins at 7 pm CDT on The CW Austin.

This will be Austin’s third game in eight days after the match in San Antonio and a road-trip win last Saturday at DC United.

Verde will start Saturday’s game in third place in the Western Conference standings with 14 points, trailing LAFC and FC Dallas.

Vancouver is 2-0 against Austin FC all the time, winning both 2021 matches. This year’s version of the Whitecaps has failed to launch with only one win and four points in seven matches.