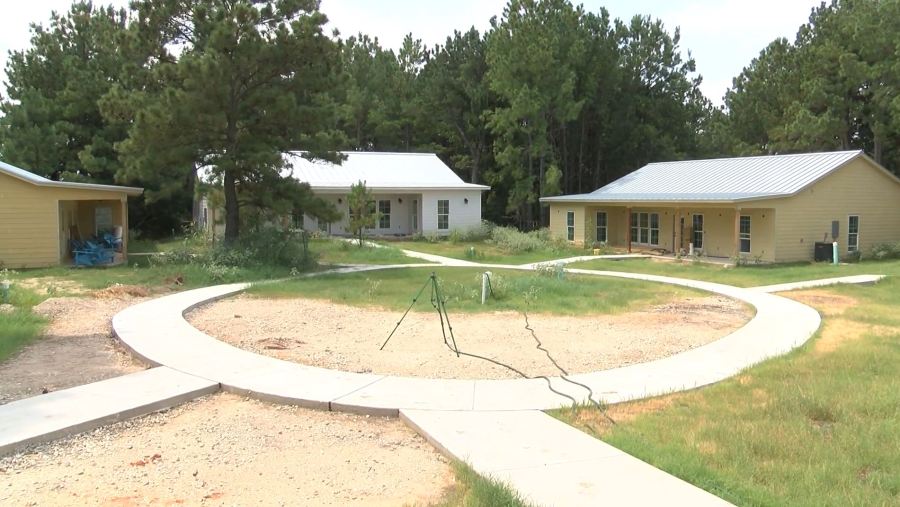 After accusations of physical and sexual abuse at The Refuge for DMST (Domestic Minor Sex Trafficking) surfaced in March, officials confirmed an employee was under investigation for facilitating and potentially selling nude photos of girls at the facility.

This week, the Texas Tribune reported this same worker was previously fired from a Texas juvenile facility for having inappropriate relationships with children in her care. It cited state records, detailing how the female worker was fired by the Texas Juvenile Justice Department in April 2020 after seven months on staff at the Giddings State School in Lee County.

Leadership for The Refuge previously told KXAN this employee passed all screenings and background checks required by the state and the TExas Department of Family and Protective Services for employment.

Steven Phenix, communications director for The Refuge, said, “Had we been aware of Ms. Greene’s full history with the Giddings State School, she would never have been hired by The Refuge. We terminated her immediately when we learned she had exploited children. Because of this tragic situation, we have implemented additional measures in our hiring process that now exceed state requirements. “

When KXAN asked whether The Refuge had reached out to any of this worker’s former employers and what its hiring policies were, Phenix said, “Our experience with hiring over the past several years is that due to liability concerns, past employers will verify only the start. and end dates of employment, without characterizing their departure. With this in mind, we adhere to the state guidelines for background checks for the primary basis for hiring decisions; now we’re going beyond that. “

What is required by the state?

According to its website, DFPS is authorized to perform several different kinds of background checks:

What more could be done?

Child welfare experts at the Texas Alliance Of Child And Family Services said they believe it is critical children in the foster care system have the “best and most dedicated” people working with them.

“I think it’s important that we look and make sure the checks and balances are there – and that they’re working,” said Jamie McCormick, vice president of public affairs.

She believes the Texas facilities they work with would be open to the state revisiting what is currently required, along with some new measures. However, Vice President of Public Affairs Jamie McCormick emphasized the importance of not adding too many statewide requirements that it impedes facilities’ ability to care for kids.

TACFS has instead focused its efforts on additional methods of bolstering the foster care workforce that could be tailored to each facility’s needs.

‘Have you no shame?’ Federal judge questions investigation into The Refuge

Working with a national group, Praesidium, they have created a leadership training to identify where people can improve safety, particularly in hiring and workforce management practices. Praesidium has also worked with them on self-assessments for these facilities.

“So they can go through and ask some questions that are really specific to their organizations – and to this industry – to identify if there might be areas that they in particular need to look at to reduce risk and improve safety,” she explained.

She went on to say, “It’s not going to be a ‘one size fits all’ approach for these organizations.”

According to that national group’s website, it works to identify “predictable patterns and places” where abuse occurs. Beyond screening and selection processes, the site said it also focuses on administrative practices, monitoring, supervision and training to create a safer environment.

The Refugee told KXAN previously it had also begun working with Praesidium after the exploitation investigation began. According to a timeline its leadership released after news of the investigation broke, The Refuge also began working with a group called Nortex Security to conduct secondary background checks on all current direct-care staff members.

However, at the end of February, before the investigation became public, The Refuge halted hiring any new personnel until new screening tools and secondary background checks could be implemented, as well as a training program that needed to be evaluated and revised.

The Refugee is under an emergency suspension and closure order from the Texas Health and Human Services Commission, filed March 11.